Five Ways In Which a Trainer Is Like a Good Editor 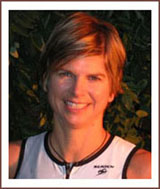 When I first began running and writing, I assumed that—because I could put one foot in front of the other and I was expensively educated—I knew how to do either well. There were plenty of running blogs and training programs, as well as “how-to” books on writing and short-story writers and novelists to copy. So, why not use what was freely available, study up, and practice?

Now, it’s true: You can do a lot to improve both by paying attention to the advice of expert practitioners, honing your craft by following the regimens of the best in the field, and making sure you put in the hours. But no matter how much self-discipline you bring to running or writing, it helps to have a little bit of one-on-one personal coaching from a trainer or an editor.

This is what I did in running when, in 2011, I found myself out of sorts following two poor performances in marathons. I decided to get a trainer, and once a week for eight weeks Martha Prakelt helped me with speedwork on the track and strength training. My marathon times reverted to status quo ante. This year, Martha advertised an eight-week, hour-long strength, plyometric, and core workout, which I found so helpful that I persuaded members of my running club, the South Brooklyn Running Club (SBRC), to join me in eight more weeks. The result was a further improvement in my time, and a much fitter, stronger me.

But how is that like editing, I hear you ask? Let me count five ways.

1. A good editor doesn’t do the work for you. She expects you to put in the hours and do the heavy lifting. It’s your perspiration and inspiration, not hers. Instead, she’s there to keep you on track, make sure you’re not falling into bad habits, and that you’re focused during those times when you really don’t quite know where you’re headed. In short, she’s there to help you retain your form and not take shortcuts because it’s “just too hard.”

2. A good editor wants you to realize your plans. Now, a good editor is not going to sit back and let you concoct grandiose and unreachable goals that you’re not willing to work to achieve. Instead, she’s going to take a hard look at what you can do and enable you to improve incrementally. Martha knew that the SBRC-ers were runners, and tailored her workouts to strengthen what we needed to perform across a range of distances and at our several abilities. She was specific, yet she also provided a general regimen that improved our overall fitness. Nobody got hurt, as far as I know, and everyone gained something from the workout. Likewise, an editor will look at the overall aims of your work and point out areas that can be strengthened, but ensure that the corpus itself isn’t distorted or pulled out of whack by overemphasizing one feature at the expense of the total reading experience. At some point, you’ll probably curse the editor/trainer for yet another round of burpees or because she tells you to “kill your darlings.” But that’s the price you pay for somebody paying you the compliment of taking you seriously as a runner/writer. You wanna improve, or what?

3. A good editor will do as much work psychologically as technically. Everyone can write and everyone can run. Neither things are complicated and you can do both on your own. The trainer/editor knows that. What can’t be substituted is the personal attention that makes you, the trainee, acknowledge that the long haul requires concentration and discipline, yes, but also the hoped-for pleasures of a sentence well constructed or a run well executed. Half the battle in writing and running is self-belief; the willingness to defer immediate pleasure for a longer-term accomplishment made all the more special because of those quiet, early hours of slogging through the pages, each sentence creaking and begging to stop. Each training session, therefore, is not a substitute for the hard yards, but an editorial session: tightening, strengthening, and honing the prose until it’s muscular, taut, and sinewy—conveying exactly the energy you want for an even more satisfactory ending.

4. You may think nothing’s happening, but it is. I can’t remember what I looked like, or how well I performed the squat jump, at the beginning of the summer. Martha didn’t give us measurements, or weigh us, or get us to keep a log of how long our planks lasted. All I remember is that, after each workout, I’d sweated a huge amount and yet felt sore (in a good way!), flexible, and refreshed. Likewise, a good editor will help you produce a text where the reader keeps turning the pages, appreciating the story and/or the clarity of the prose, without noticing anything except you’ve educated and entertained them. Now, if you want to log the hours or count the calories, so be it. And if your goal is to write 25,000 words in six weeks, then be my guest. But I’d prefer to be stronger and fitter overall, and have a number of excellently constructed ideas and a solid narrative arc of whatever length, rather than fit my practice into a preconceived notion of what it means to achieve something.

5. A good editor tells you to find a community. Every book or magazine article I’ve read on writing includes authors telling would-be scribes to sign up for journals, buy books, go to libraries, join a writing group, or in some way get engaged in the literary community. That’s because you learn from others, often indirectly or accidentally. So, share your work, ask for feedback, be grateful for honesty and frankness. Your work will be better for it. Martha suggested that part of my blahs might be because I did so much running alone, and often on the treadmill of the local gym. She suggested that I join SBRC not just because I might become a better runner or learn new things, but because the lonely long-distance runner can sometimes do better with a friend, just as the solitary writer ultimately yearns for an editor . . . and then a reader!

I am the co-founder and publisher at Lantern Books, and the author, editor, and ghostwriter of several works of fiction and non-fiction. I live in Brooklyn, New York.
View all posts by martinrowe →
This entry was posted in Editing, Editing—Publishing—Writing, Running and tagged Marathons, Running Clubs, Training. Bookmark the permalink.
Cassandra Greenwald
The Dish
%d bloggers like this: